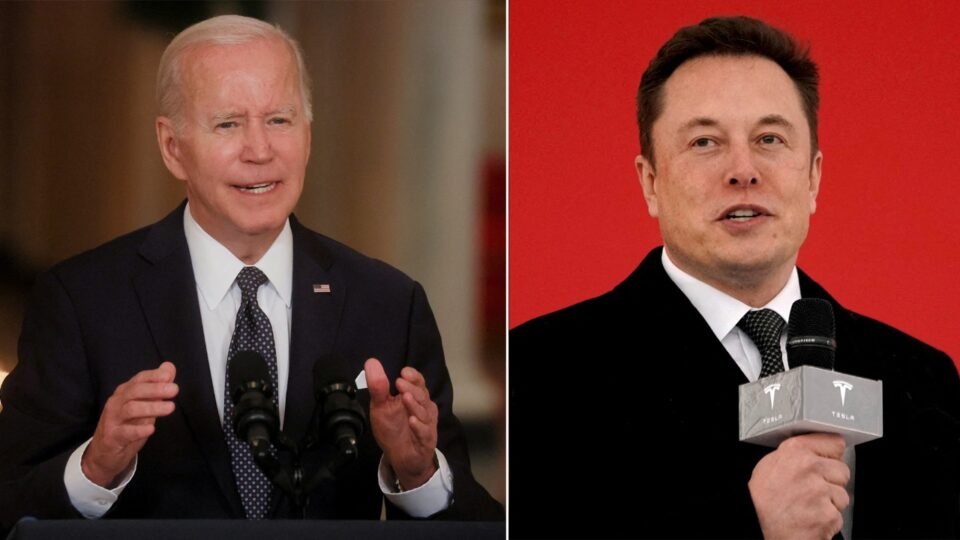 US President Joe Biden has wished Elon Musk “lots of luck” for his trip to the Moon, as the Tesla CEO expressed “super bad feeling” about the economy and decided to cut its workforce by 10 per cent.

When asked about Musk’s pessimistic attitude toward the economy during a press briefing at the White House late Friday, Biden replied: “Lots of luck on his trip to the Moon.”

“Thanks Mr President!” tweeted Musk, who has criticised Biden several times in the past, and had recently announced to vote for the Republicans in November’s mid-term elections.

NASA last year selected the Musk-run SpaceX to continue development of the first commercial human lander that will safely carry the next two American astronauts to the lunar surface.

At least one of those astronauts will make history as the first woman on the Moon.

Another goal of the Artemis programme includes landing the first person of colour on the lunar surface.

There, two crew members will transfer to the SpaceX human landing system (HLS) for the final leg of their journey to the surface of the Moon.

After approximately a week exploring the surface, they will board the lander for their short trip back to orbit where they will return to Orion and their colleagues before heading back to Earth.

NASA awarded SpaceX $2.9 billion for the project and the company plans to conduct the first Artemis landing as early as 2025.

Tesla has nearly 1 lakh employees worldwide and Musk cites his “super bad feeling” about the economy for reducing the workforce.